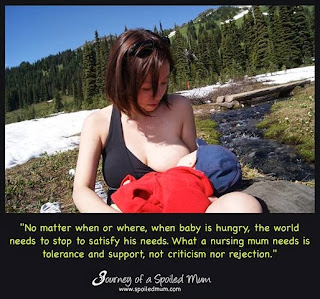 The aim of this study was to examine the effect of breastfeeding on pain relief in full-term neonates during injection of hepatitis B vaccine.
本研究目的為檢測嬰兒在注射B型肝炎疫苗時哺乳對於疼痛感減緩的作用。


Methods: This was a randomized clinical trial. A sample of full-term neonates was randomly allocated into two groups: the experimental group and the control group.
隨機將足月出生嬰兒分成實驗組及控制組(對照組)。

Neonates in the experimental group were breastfed two minutes before, during, and after the hepatitis B immunization and the control group were held in mothers'arms but not fed. Pain was assessed using the Douleur Aigue du Nouveau-ne (DAN) scale measuring facial expressions, limb movements and vocal expressions.
The assessments were carried out after hepatitis B immunization.
實驗組的嬰兒在注射疫苗2分鐘前開始哺乳，並持續到注射結束後，對照組嬰兒只被媽媽抱著沒有哺乳。疼痛測量方式為Douleur Aigue du Nouveau-ne (DAN) scale，測量臉部表情、四肢運動及聲音表達。在B肝疫苗注射後測量。

Results: One hundred thirty healthy full-term neonates were studied (65 in the experimental group and 65 in the control group). Gestational age, birth weight, Apgar score and gender did not differ between the two groups.

The mean total pain score as measured by the DAN scale was 3.52 (SD = 1.37) for the experimental group and it was 6.78 (SD = 1.69) for the controls indicating a significant lower pain score for the experimental group (P<0.001). Also, there were significant differences for the three measures of DAN scale that are facial expressions, limb movements and vocal expression, between the two study groups (P<0.001).

Conclusion: The findings confirm that breastfeeding reduces pain and is effective way for pain relief during hepatitis B vaccine injection.Trial registration: IRCT201104166206N1